Should You Go Hybrid or Full Electric? 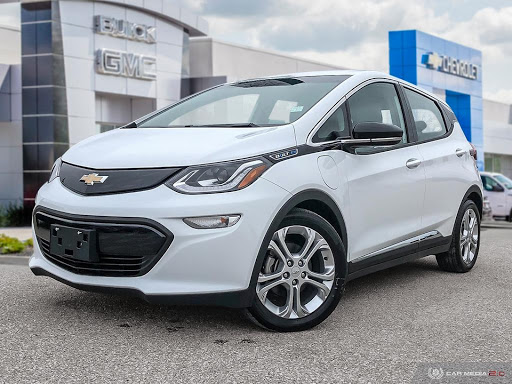 Whether you’re just researching fuel-efficient options or you’ve already decided you want to go more eco-friendly, you might’ve seen the terms ‘hybrid’ and ‘electric’. So, should you get a hybrid or an electric car? What’s the difference, which is better, and why?

We’ve broken down the differences to help you decide which is best, electric or hybrid cars.

Before we talk about the pros and cons of hybrid and electric, let’s briefly review what each term means. 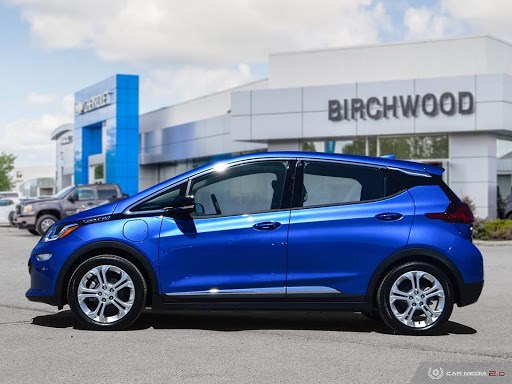 An electric car plugs in and uses external electricity to fill a rechargeable battery. It doesn’t have an internal combustion engine and does not use any gasoline.

A hybrid car has both a regular internal combustion engine and an electric motor. Depending on the hybrid system used in a particular model, the car can either switch between the engine and the motor or use a combination of both. The car uses energy gathered from braking to charge the electric motor’s battery.

A plug-in hybrid car is similar to a standard hybrid but has a much larger battery than a standard hybrid, which is recharged by plugging it in. The larger battery means that on short trips, you can use only the electric motor. On longer excursions, the internal-combustion engine kicks in once the battery has been depleted in order to extend your range beyond that of a purely electric car.

Often called the Car of the Future, but how does it hold up in the present? The main advantage that electric cars have over hybrids is the fact that they have a much lower carbon footprint. Because they have no engine, they use no gasoline, which means they have no tailpipe emissions and lower overall emissions. They’re also significantly quieter, so if you’re bothered by road noise, an electric car is a perfect solution.

There are also some drawbacks to fully electric vehicles, mostly their range. Most electric cars are limited to a range of between 150km and 250km. This means that if you have a longer commute or you want to travel more than that without overnight charging stops, you should consider a hybrid instead of a full electric.

Electric cars are often quite expensive upfront, but since you don’t have to purchase gasoline, the total cost of ownership can be similar or lower than a gasoline car. Also, keep in mind that Transport Canada recently announced a new national purchase incentive program for electric vehicles to promote the purchase of zero-emission vehicles and make them more affordable for Canadians. Canadians who purchase electric vehicles or plug-in hybrids are eligible for an incentive of $2,500 to $5,000.  Incentives will be applied at the point-of-sale by dealerships. Some provinces, including British Columbia and Quebec, offer additional incentives for purchasing electric and plug-in hybrid cars.

Of course, hybrid vehicles also have their pluses and minuses. The main advantage of a hybrid car is that you improve fuel economy without the range worries of an electric car. Full electric cars can only carry you as far as their battery lets them, but a hybrid lets you refuel at any regular gas station while still using much less gas.

A plug-in hybrid will take you as far as the battery allows on the electric motor only, and then switches over to the hybrid drive system with the gas engine and electric motor running together. This means that for shorter trips you can depend entirely on the electric motor, but you still have the option of taking longer trips. This can provide peace of mind, as you don’t have to worry about suddenly being without power in the middle of your trip. Plug-in hybrids are also eligible for the Transport Canada 0-Emissions buying incentive, which can help to make them more affordable upfront. Despite this, plug-in hybrids have a higher upfront cost than standard hybrids due to the larger battery.

A standard hybrid will use both the electric motor and the gasoline engine, meaning that you still have lower all-around fuel costs and emissions. They have lower upfront costs compared to a plug-in hybrid, but higher fuel consumption. Either hybrid option has the best of both worlds in terms of range, but do have more emissions and a larger carbon footprint than full electric.

A draw-back of plug-in hybrids is that there aren’t that many cars to choose from. Most drivers either want the full-out electric experience, regardless of the shorter range, or they want a normal hybrid without all the plug-in fuss. But there are still several popular models to choose from if you’ve decided that a plug-in hybrid is the best for you.

If you want a more eco-friendly car for your larger family, a hybrid or electric SUV is an option from companies like Chevrolet, GMC, Buick and more!

Maybe you’ve heard that electric cars aren’t viable in places (like the Canadian prairies) where it’s exceptionally cold for a large part of the year. Don’t worry! Regular hybrids are not your only option. While electric cars and plug-in hybrids are affected by the cold, there are ways to make your winter driving experience easier.

Once the temperature drops below 0℃, the demand on the car’s battery increases as more of the battery is used up to run heaters and defog windows which decreases the car’s range.

However, don’t despair! There are ways to get the most of your electric car in frigid temperatures. The main way is to make sure to keep your battery above 20% at all times. If you want to be able to power up in the cold, you have to have an energy reserve to get the battery warm enough to start up the process. Make sure you get the car thoroughly warmed up before driving away and consider keeping your car in the garage while charging, as it takes much less energy to maintain a constant temperature than it does to heat up the car. This will have a significantly positive effect on your electric car’s range.

Which is Best: Electric or Hybrid Cars

So which is better? Should you go hybrid or full electric? It depends on what you’re looking for. Electric cars are the best if you’re looking for a car with minimal environmental impact. Hybrid cars are best if you want to minimize your footprint but you drive more on a daily basis. Plug-in hybrids are a good middle ground but there are fewer models to choose from.